Agreement on Cooperation with MoD Signed 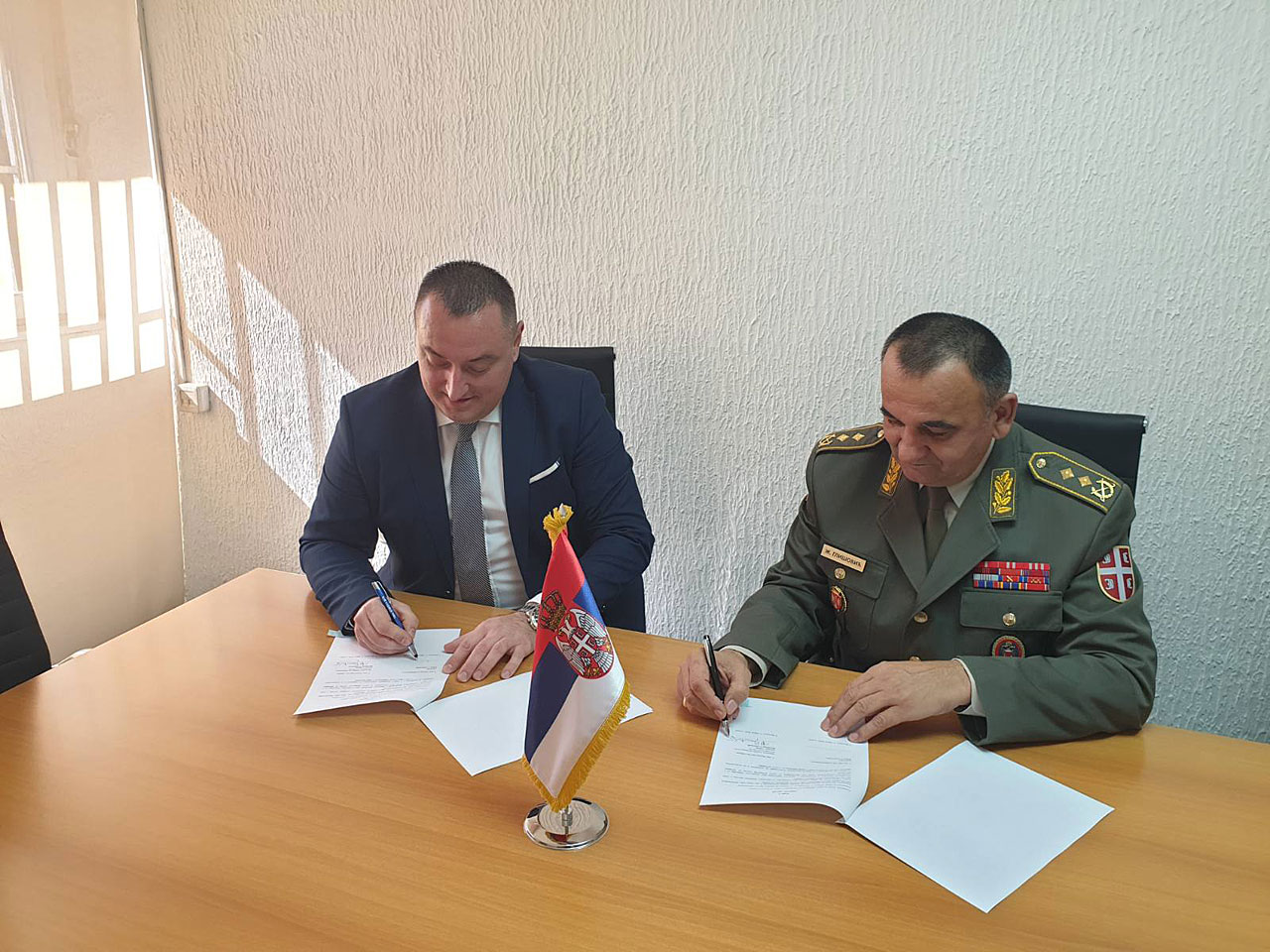 On behalf of the Mine Action Centre, the Agreement was signed by Director, Mr Bojan Glamočlija, and on behalf of the Ministry of Defense, by Head of the Operations Department (J-3) of Serbian Armed Forces General Staff, Major General Želimir Glišović.

The Agreement envisages, among others, the joint participation of signatories in training of personnel for the conduct of demining and UXO/ERW demolition operations, training certification and issue of certificates, joint participation in survey and collection of data on UXO/ERW suspected and contaminated areas, as well as implementation of UXO/ERW removal projects, with monitoring and implementation оf International Mine Action Standards and regulations in the field of demining.