Notice for the citizens of Мedoševac

The project has been developed by the Serbian Mine Action Center that will monitor the implementation and perform quality control over the works.

Funds for the implementation of this project, allocated by the Government of the Republic of Serbia, have been increased, through the ITF, by donations from the U.S.A. and the Republic of Korea.

The contractor is the Stop Mines Association, Pale, Bosnia and Herzegovina.

For the sake of, above all, their our own safety, but also the safety of others, we urge the residents of Medoševac, that is, the owners of plots, to cooperate as much as possible, and enable the smooth execution of works in accordance with this project, in the manner that, through the engagement of the representatives of the SMAC, Contractor, as well as the assistance of the Niš Police Administration, they will allow the entry of deminers on their property and comply with the following rules:

1. Any movement of the population in the vicinity of the cluster munitions clearance zone is strictly prohibited. Police will block pedestrian and vehicle traffic during the execution of works.

2. Residents staying in their homes in the work area must reside in rooms that do not have windows facing the areas form where cluster munitions will be cleared. Any movement of the population outside their homes during the execution of works is prohibited. 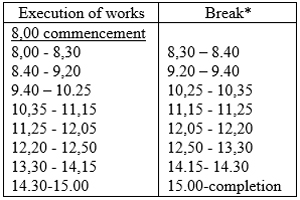 *Movement will be permitted only during the breaks 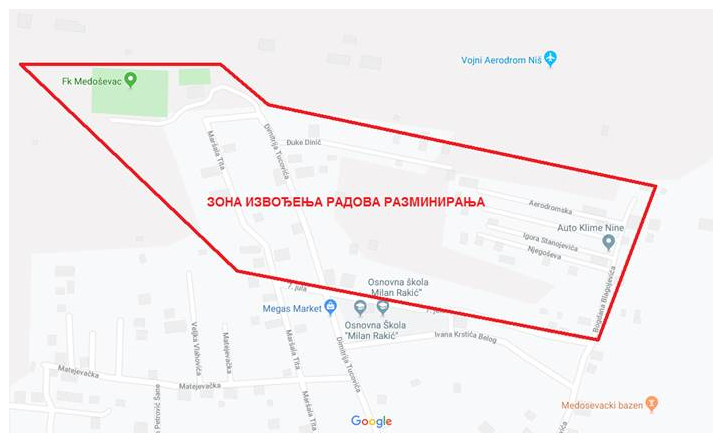