Marking of Mine Suspected Area in Bujanovac Municipality

In the period 2-3 October 2019, in the territory of the Municipality of Bujanovac (villages of Veliki Trnovac, Končulj, Lučane, Ravno Bučje, Đorđevac), at the request of representatives of local self-government, the Mine Action Center of the Republic of Serbia conducted survey and marking of locations suspected to be contaminated by groups of mines. These are locations where fires occurred in the last two months, and according to eyewitnesses, explosions could be heard in several places after the fire broke out, indicating the existence of mines in these areas. 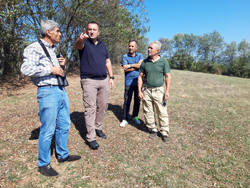 Director of the Mine Action Center of the Republic of Serbia, Mr Bojan Glamočlija and Chief of the Emergency Management Staff of the Municipality of Bujanovac, Mr Ali Aslani, visited the sites and interviewed local residents, local community representatives, firefighters, as well as police and military representatives. 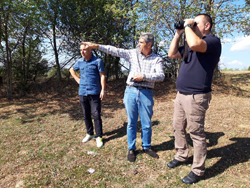 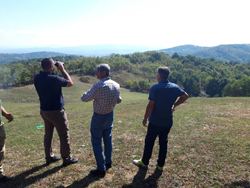 The mine incident questionnaires have been completed in accordance with International Mine Action Standards (IMAS). 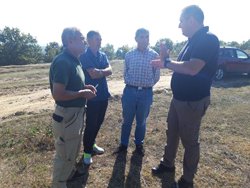 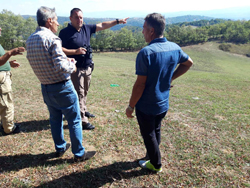 Furthermore, mine suspected area has been marked in order to clearly and visually warn of mine danger, as well as to ban the entry of population into mine suspected area. Mine warning signs have been posted in the areas of possible access to mined areas (roads, paths and other areas where movement of people is expected). 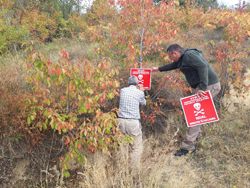 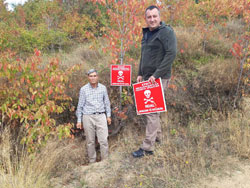 Given that the population is multi-ethnic, the wording on the signs has been written in Serbian and Albanian.

In the forthcoming period, Mine Action Center intends to survey the remaining sites for which there are indications of contamination. The aim is to record all changes that have occurred as a result of new circumstances and are the consequences of new findings.