In the period 15.09 - 16.09.2022, SMAC Director, Mr Bojan Glamočlija and Assistant Director, Mrs. Jelena Krstić, participated in the "EU Membership" training, which the National Academy for Public Administration conducts within the Program for strengthening professional capacities of civil servants holding positions in Serbia.

The Program is aimed to improve the knowledge, skills and attitudes of the participants to understand the system and mechanism of the EU work. 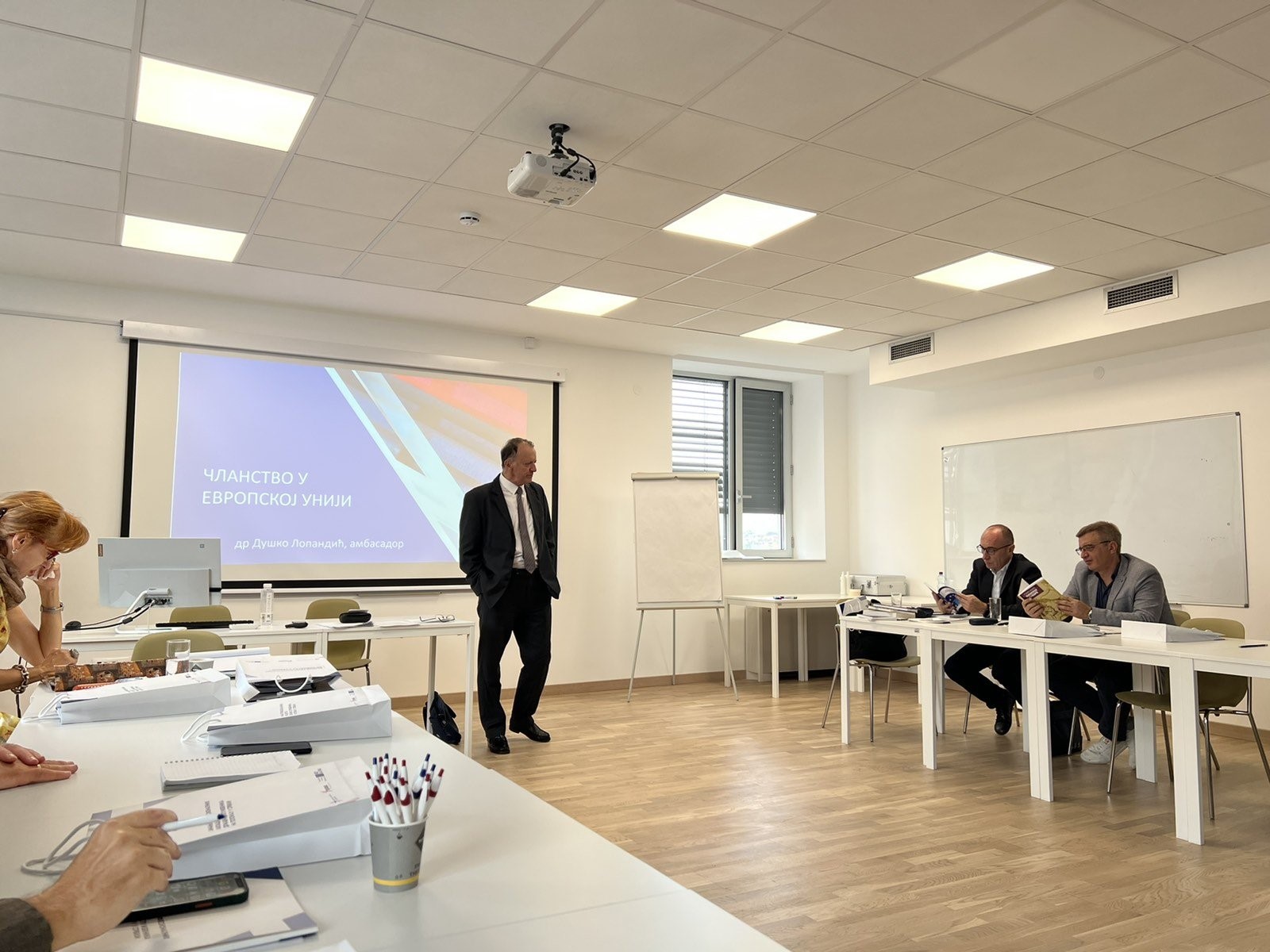 Among the lecturers were Ambassador Duško Lopandić and Ambassador Dragana Filipović, Permanent Observer of the Council of Europe to the United Nations Office at Geneva. Guest of the Program was Ambassador Peter Mochari, Consultant to the Hungarian Government, who presented Hungary's experiences in the EU membership. 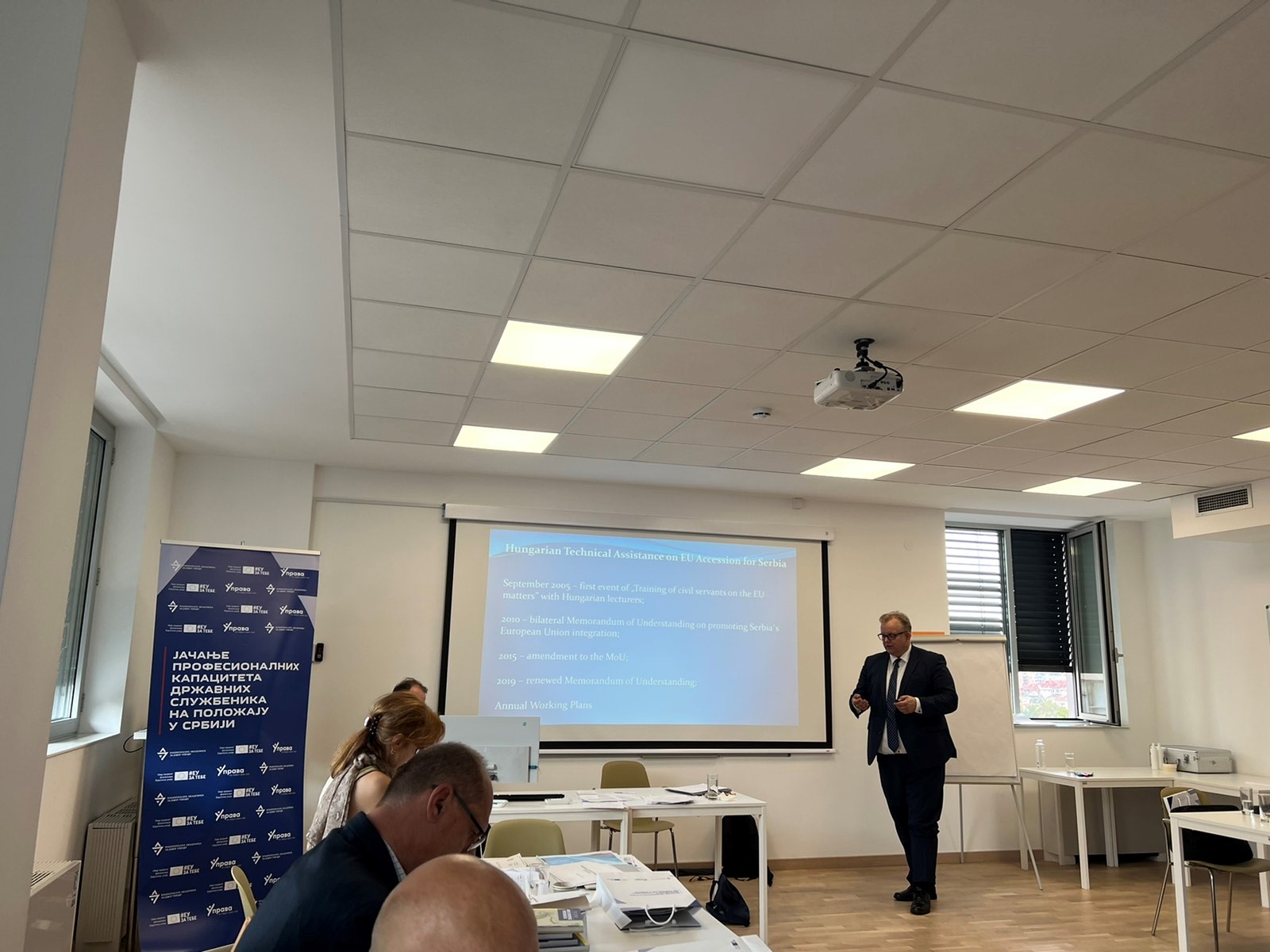 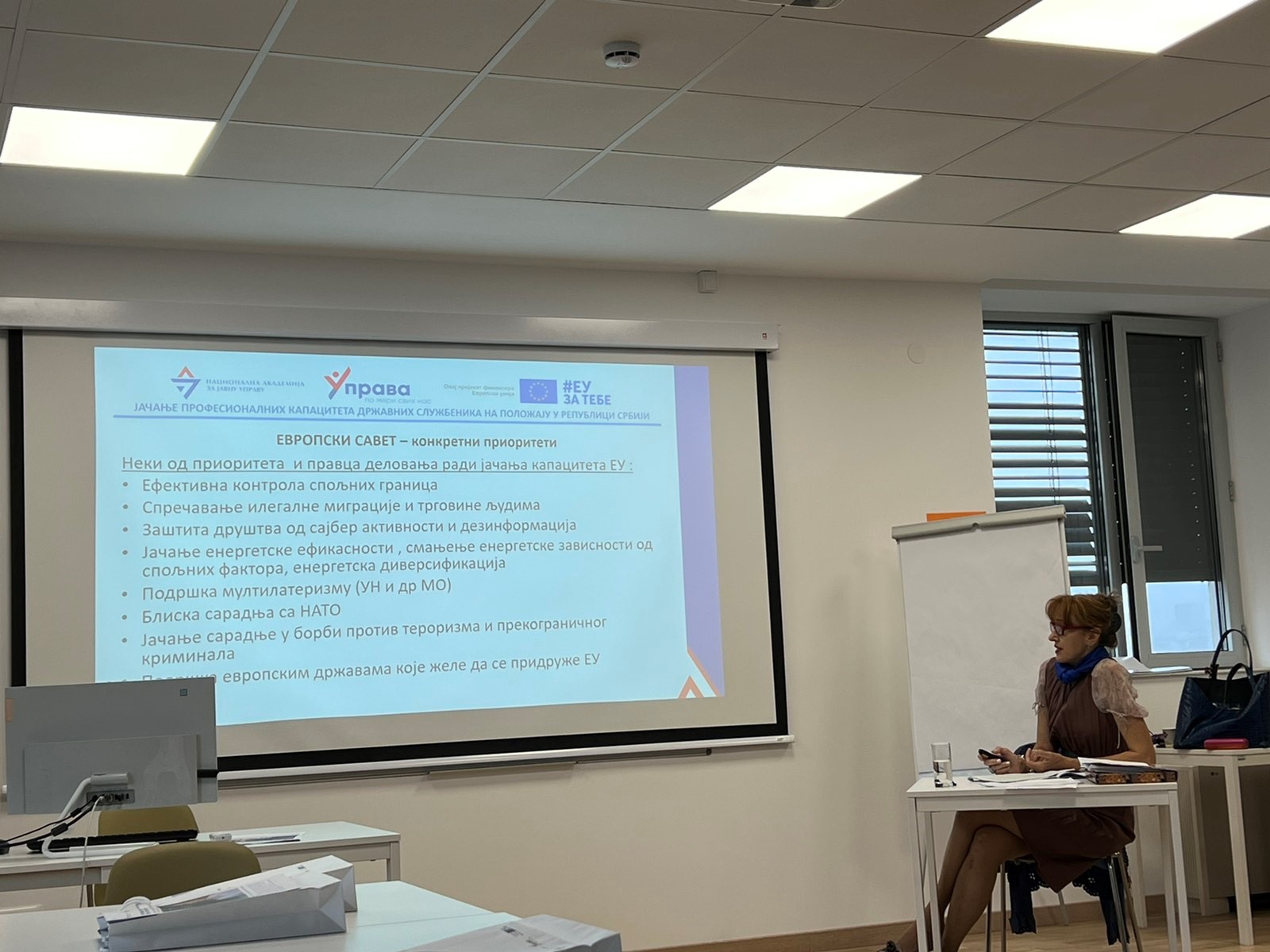 Among topics included were the EU policies and values, the international position and enlargement of the Union, as well as Serbia's cooperation with the EU and accession negotiations.