At the request of Knauf Insulation ltd., Belgrade, the Serbian Mine Action Centre has developed a project for the reduction of the risk of explosive remnants of war from the chimney, which is located near the complex of the Knauf Insulation factory, in the territory of the City of Surdulica.

The implementation of this project commenced on March the 1st, 2022. 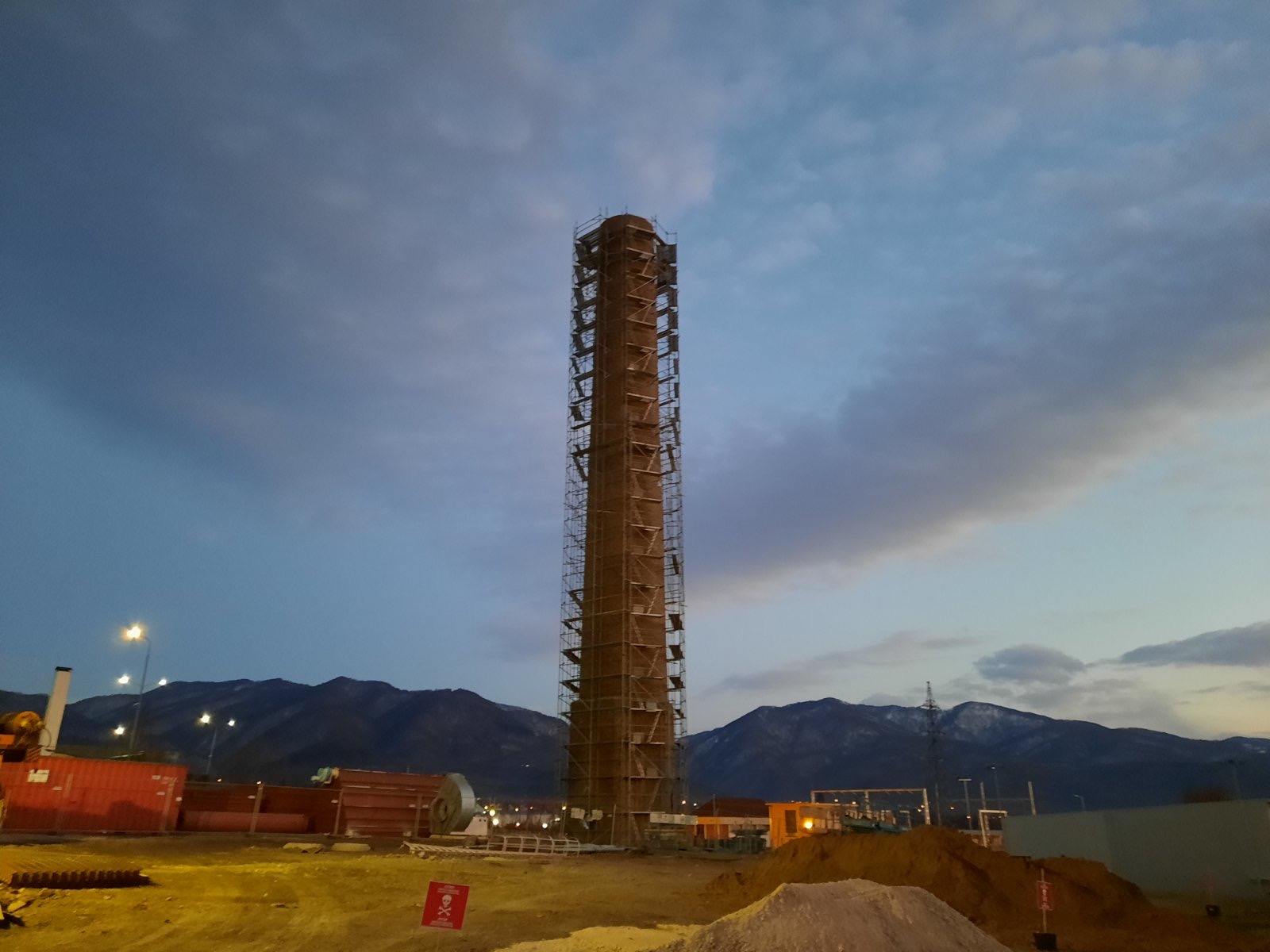 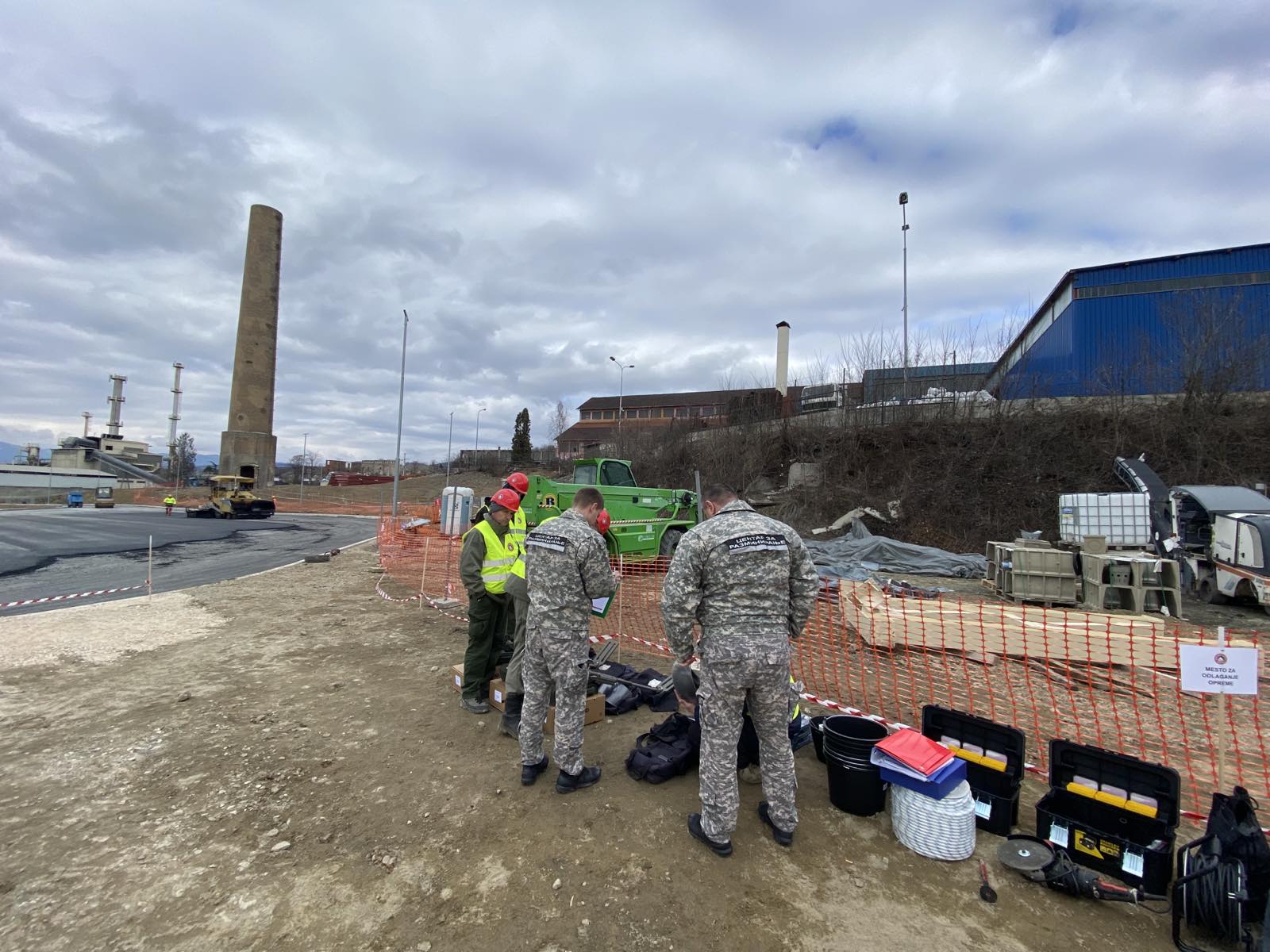 Armed attacks took place in a wider area of Surdulica during the First and Second World Wars. In addition, the city was bombed during 1999.

Numerous projectile damages can be seen on the 69 m high chimney itself. 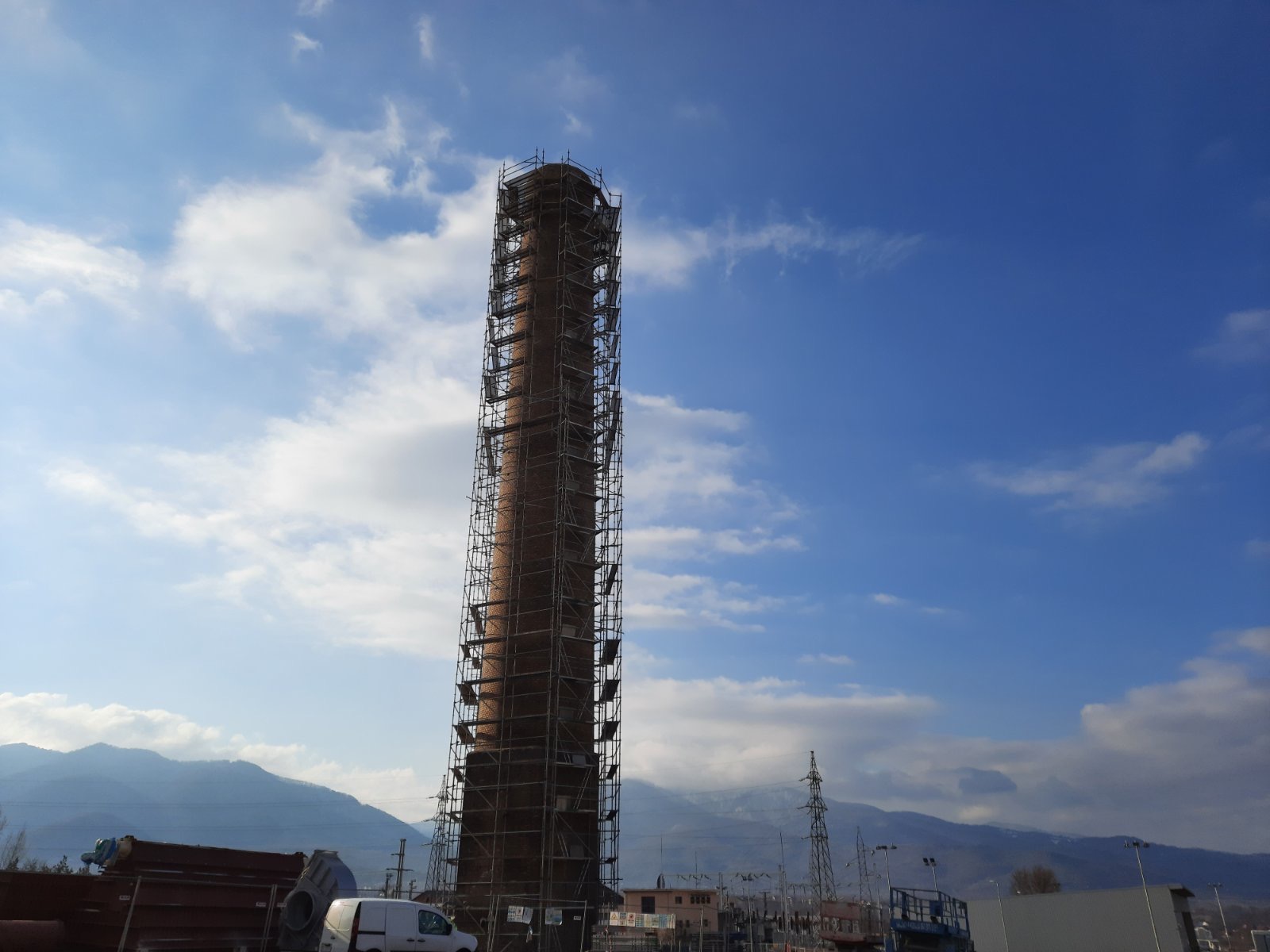 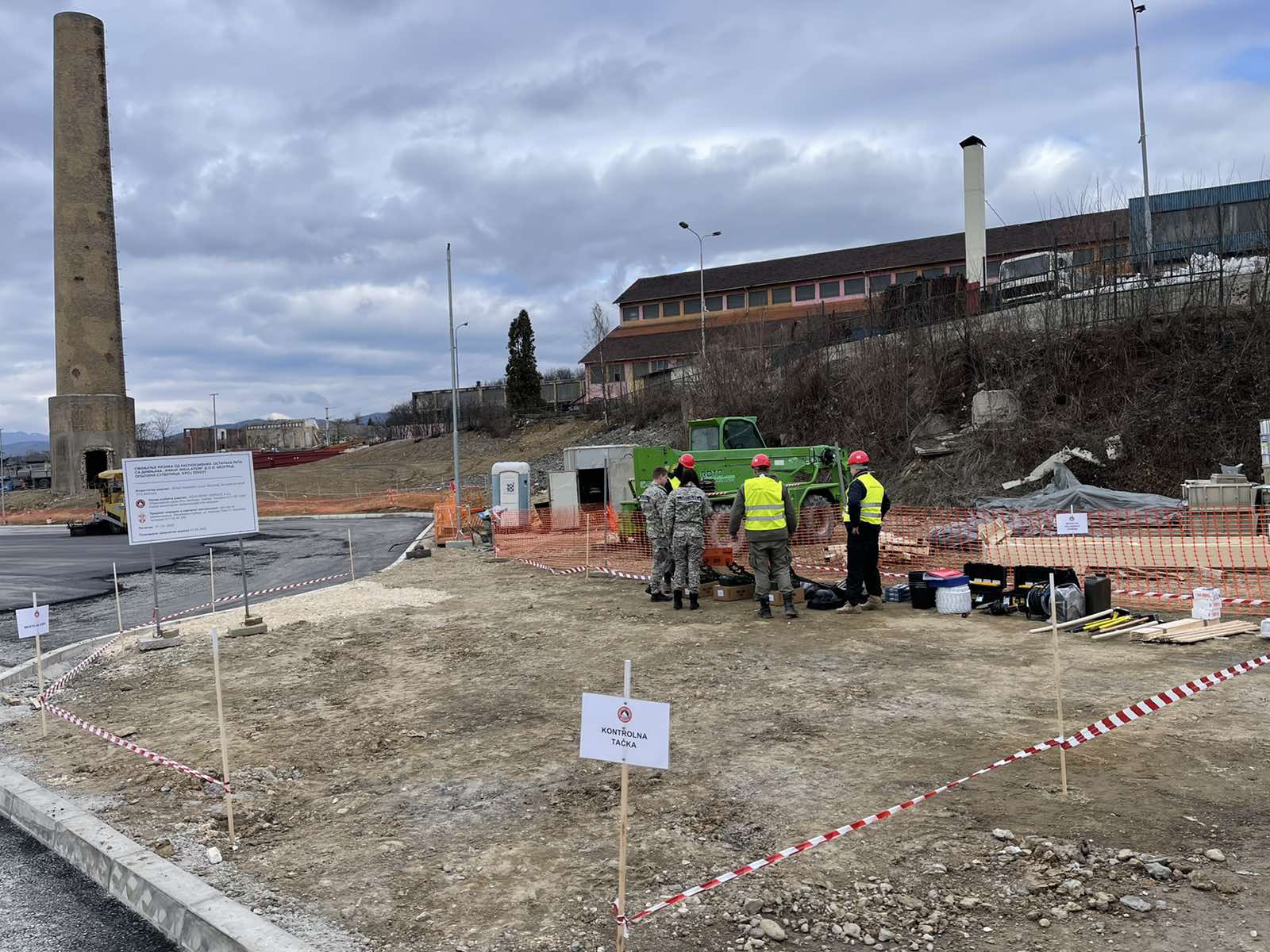 At the height of 37 m, an unidentified device has been noticed, for which there is an indication that it is an ERW. Considering that the removal of chimney is planned for the purpose of infrastructural development of this area, by finding and removing of layers to the very device, i.e. potential ERW, it will be assessed whether the project facility is safe for further use and without identified risk of ERW. 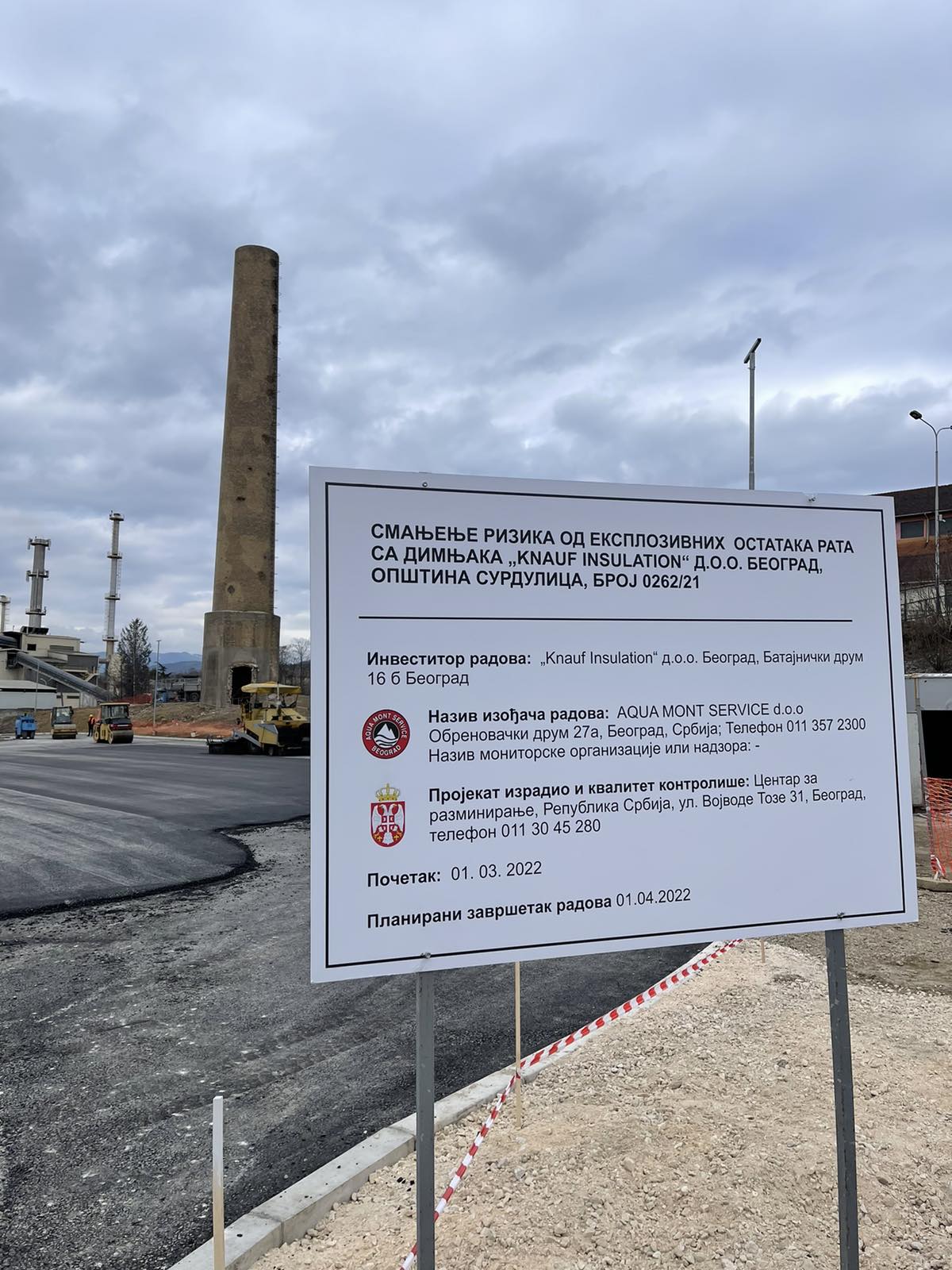 If the existence of an ERW is confirmed, depending on the type of UXO, assessment of the condition and degree of danger, it will be removed and destroyed by the Sector for Emergency Management of the Ministry of Interior of the Republic of Serbia.